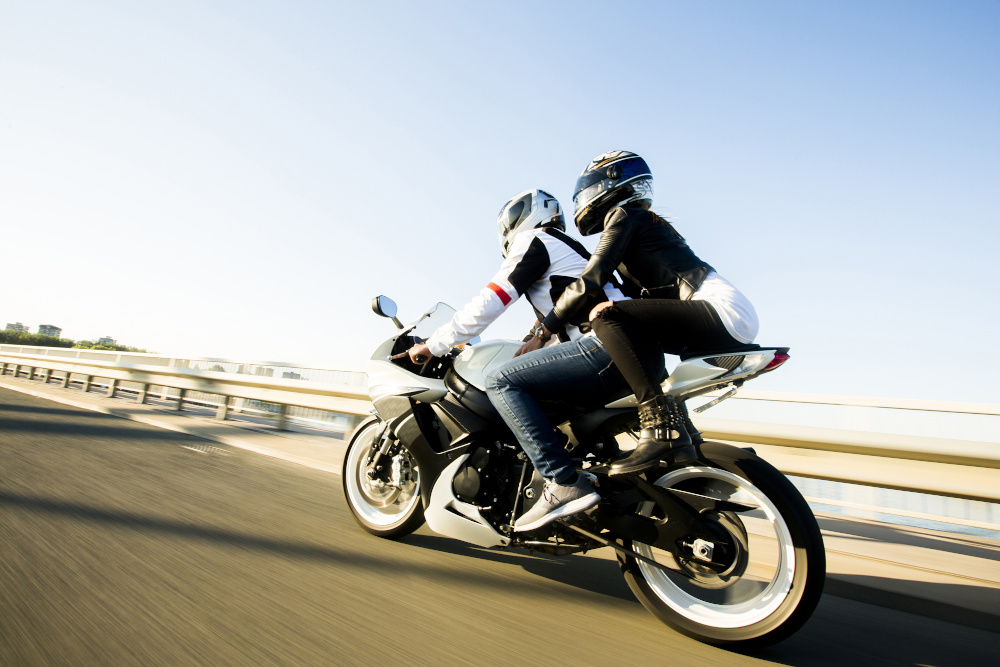 Tips For Riding Double On A Motorcycle

Seeing two people riding a motorcycle together may seem romantic at a glance, but it’s actually more dangerous than it looks. Because not only is the driver responsible for the passenger’s safety, but also the passenger has placed their entire life completely in the driver’s hands. Therefore, if anything goes wrong on either end, both the driver and passenger could get badly hurt. Or in a worse case scenario, possibly killed. Luckily, there are plenty of tips for how to safely ride double on a motorcycle for the passenger and driver to consider.

What The Driver Should Do

For the sake of protecting one’s cranium from possible injury on the road, wearing a helmet is a necessity for anyone driving a two-wheeled vehicle. This is especially important for motorcycle drivers, as motorcycles themselves are arguably the fastest type of two-wheeled vehicle out there. As a result, there’s a higher chance of getting a severe or even fatal injury if one isn’t too careful.

Once an extra person sits on a motorcycle, it puts additional weight on the vehicle. For this reason “some braking efficiency” will be lost, according to StreetRider. So it’s important for a motorcycle driver to brake earlier than usual in order to accommodate the passenger. It even deals with the additional stopping distance created by the passenger’s presence, which Truck Smart defines as “the distance your vehicle travels from the time you see a hazard and press on the brake until the vehicle stops”.

Unlike cars, motorcycles have no overhead cover to keep outside elements like wind and rain out. Such elements can make it difficult for the passenger to talk to the driver, or vice versa, which is problematic if the driver’s going too fast and the passenger’s not comfortable. Thus, some form of communication needs to be established like shoulder taps, hand signals, or even using helmet-based communicators. 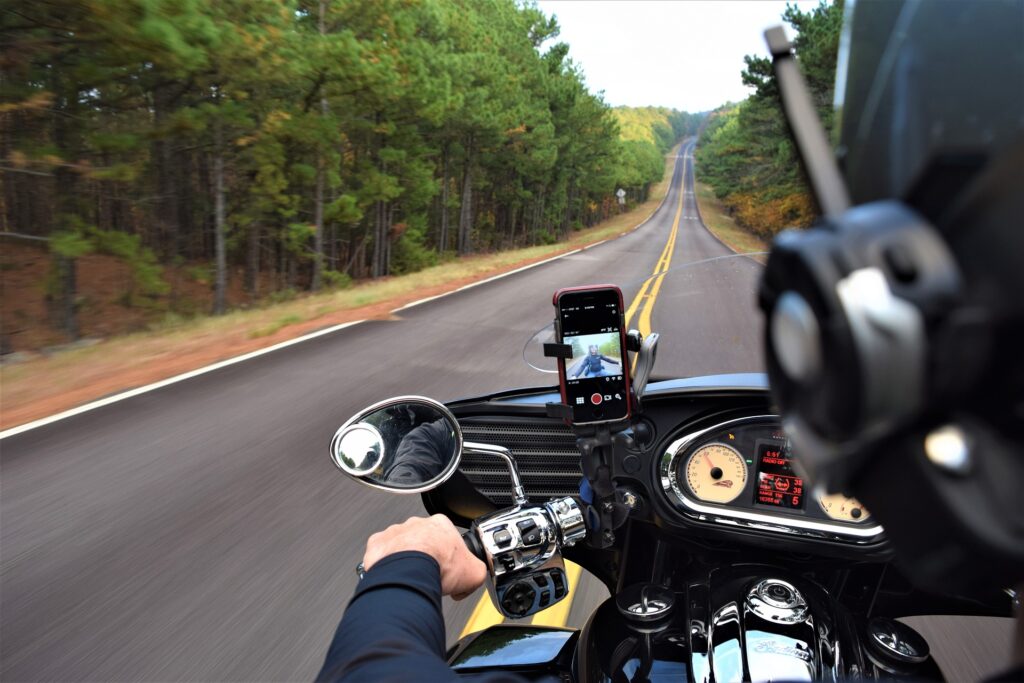 What The Driver Should Not Do

Depending on the passenger’s level of experience, they may not be prepared for the immense speeds that motorcycles are capable of. So not slowing down, or being accommodating for the passenger in general, could be problematic for the driver. For instance, such an act “could be scary for the passenger and may ruin motorcycles for them” MotoSport claims. But it might also lead to a severe accident if the driver isn’t too experienced either.

In addition to the lack of braking efficiency, the passenger’s weight gets concentrated in the motorcycle’s rear wheel since that’s where they sit. This in turn slows down the input of the motorcycle, which means it “won’t accelerate as quickly with the additional weight” according to MotoSport. So when jerking the throttle to accelerate, the motorcycle’s front end might go straight up causing the driver and/or passenger to possibly fall off and injure themselves.

Generally, it’s important to adjust the rear suspension of the motorcycle. Among the many functions the motorcycle’s suspension has, the primary reason for adjusting it is to minimize “the impact of bumps” when driving along different roads NADAGuides says. Therefore, it’ll lead to a much smoother ride for not just the driver but also the passenger.

What The Passenger Should Do

Because motorcycles don’t come with seatbelts, the passenger has no choice but to hold onto the driver while riding the motorcycle. Particularly, by wrapping their hands along the waist of the driver in order to not fall off during the ride. But they should make sure to do this tightly, as a loose grip will cause them to “more likely slam” into the driver’s back when they stop MotoSport says.

Lean With Driver During Turns

Since the passenger provides extra weight to the motorcycle, it creates less ground clearance which is “the minimum amount of distance between the bottom of the vehicle body and the ground” according to The News Wheel. As a result, making turns on a motorcycle becomes a delicate operation as the passenger and driver are closer to the ground meaning there’s a higher chance for them to crash due to the added weight of the passenger. However, this can be avoided if the passenger moves in sync with the driver as they make turns. It not only distributes the combined weight evenly, thus reducing the chances of an accident, but also keeps the passenger from falling off.

Keep Legs Away From Exhaust Pipes

The exhaust pipes of a motorcycle serve the same function as a car’s exhaust pipe, in that they emit gases produced by the engine while it’s active. But because the engine generates a lot of heat during this process, the gases are hot in their purest form which makes the exhaust pipes hot in turn. So the passenger should keep their legs as far away from the exhaust pipes as possible to avoid getting burned by them.

What The Passenger Should Not Do

Along with the helmet, other kinds of gear are necessary to wear for riding a motorcycle to avoid dealing with severe injuries. Some examples include long pants, especially the kind that are made for motorcycling as they have armor over the joints for protective purposes. The same goes for motorcycle jackets and boots, which have similar armor sewn into them.

When the motorcycle’s kickstand is up, it naturally stabilizes the vehicle. This should be the time when the passenger mounts the motorcycle, because otherwise the bike won’t remain steady with the additional weight. Of course, the kickstand shouldn’t be the only thing keeping the motorcycle stable as the driver should keep their legs braced for extra balance while sitting in the front seat. Also, they should make sure the pegs are down so the passenger can put their feet into them when they get on the motorcycle.

Put Feet Down At Stop

Though the motorcycle is known for its incredible acceleration, their stopping point is also quite fast. In addition, the “motorcycle is at its most vulnerable to tipping over when stopped” MotoSport says. For this reason, the passenger should not put their feet down when the motorcycle comes to a stop.

These tips should minimize the chances of motorcycle-based accidents for either the passenger and/or driver. But for any that do occur, contact attorney Rick Wagner.