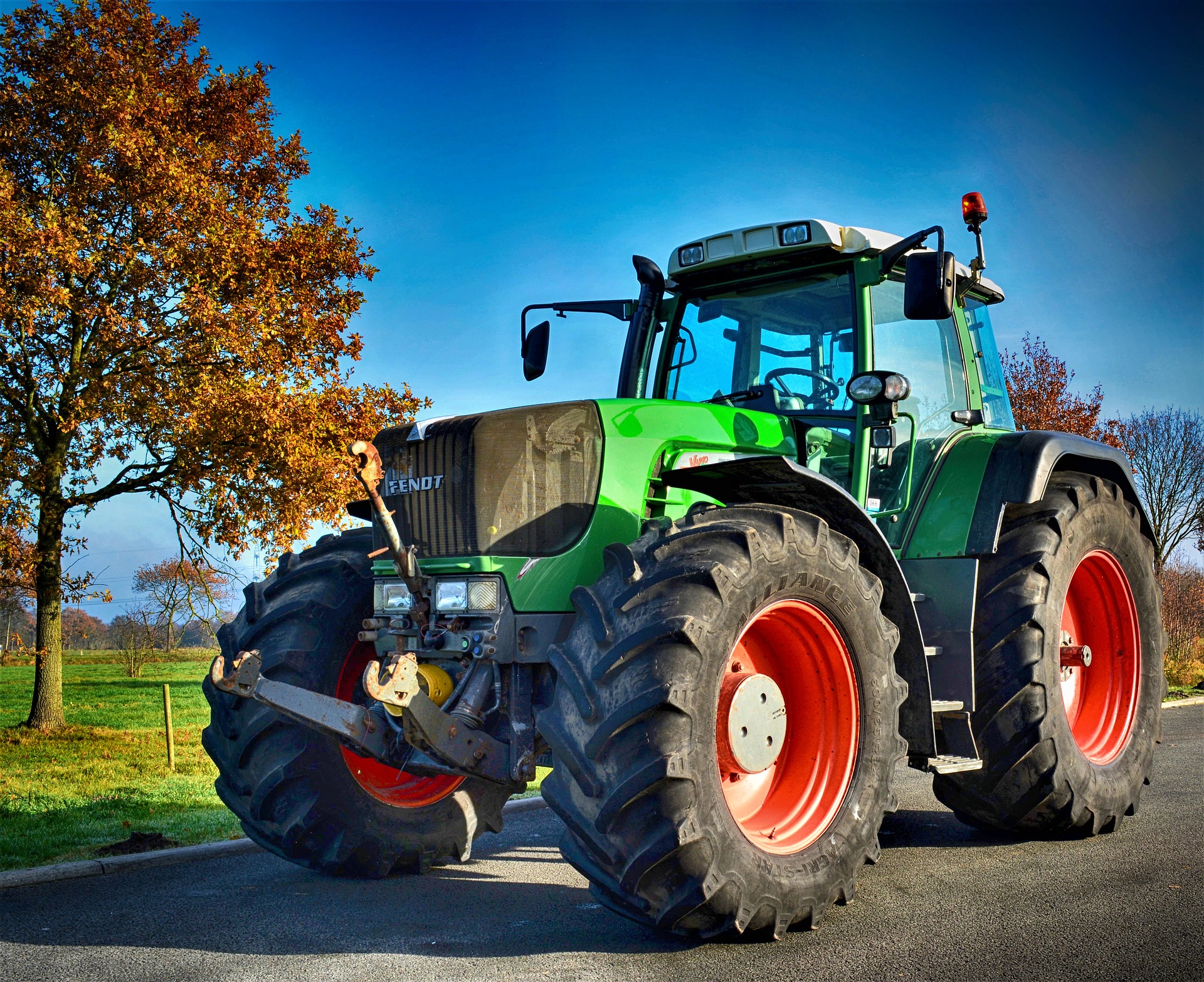 Sharing the Road with Farm Vehicles

Regardless of where you live, farm vehicles can appear just about everywhere. After all, farmers have to transport their equipment and produce on the road as part of their job. In that sense, they’re similar to truckers and other people of similar professions involving transportation. But the kinds of vehicles that farmers use can be intimidating to people who drive regular cars and this can lead to possibly stressful situations. Luckily, it doesn’t have to be this way as here’s a list of things to keep in mind when driving alongside farm vehicles.

Because most farm vehicles usually travel between 15 to 25 mph according to The News Wheel, that means they can’t go very fast. So regular cars that are traveling twice as fast could have serious collisions with farm vehicles if they don’t brake in time. That’s why one should look for the orange triangle-shaped Slow Moving Vehicle emblem on farm vehicles before immediately slowing down.

In terms of right-of-way, be sure to give it to the farm vehicle. Since they tend to be bulky and wide length-wise, farm vehicles can’t pull over just as easily as regular cars nor maneuver very quickly. This is especially problematic when a regular car and farm vehicle are driving towards each other from opposite directions. In such a situation, State Farm advises the regular car should pull into a shoulder or turn-out on the side of the road so the farm vehicle may safely pass.

Like any other vehicle, one should always give farm vehicles enough space regardless of one’s position on the road. It also doesn’t hurt to make sure the path is clear, especially at intersections where a farm vehicle can appear from “unmarked access drives on the fields” State Farm says. There’s even the possibility of blind spots caused by either the farm vehicle itself or the environment, which drivers of regular cars should keep in mind to avoid accidents.

Since tailgating can lead to accidents, this kind of behavior is discouraged in driving etiquette. Though it is arguably more important to not do this behind a farm vehicle. Because as stated earlier, farm vehicles can’t go very fast nor move just as smoothly as regular cars. As a result, there’s a higher chance of causing an accident if one tailgates a farm vehicle.

Pass in the ‘No Passing Zone’

According the American Farm Bureau Federation, a ‘No Passing Zone’ is “any area where it is not safe” to pass a vehicle which includes railroad crossings, intersections, and bridges just to name a few. Now while this notion does apply to all vehicles, passing a farm vehicle can be trickier due to how awkwardly large they are design-wise. So it’s imperative to only pass a farm vehicle when it’s safe.

Speed past farm vehicle in general

Like tailgating, speeding past vehicles is heavily frowned upon. Though in the case of farm vehicles, such an act can be dangerous to the drivers of the farm vehicle and the regular car. For instance, a regular car’s “turbulence may cause the machinery to sway and become unsteady” as claimed by The News Wheel when referring to the farm vehicle. In turn, this could lead to a severe accident which attorneys like Rick Wagner can help you with.