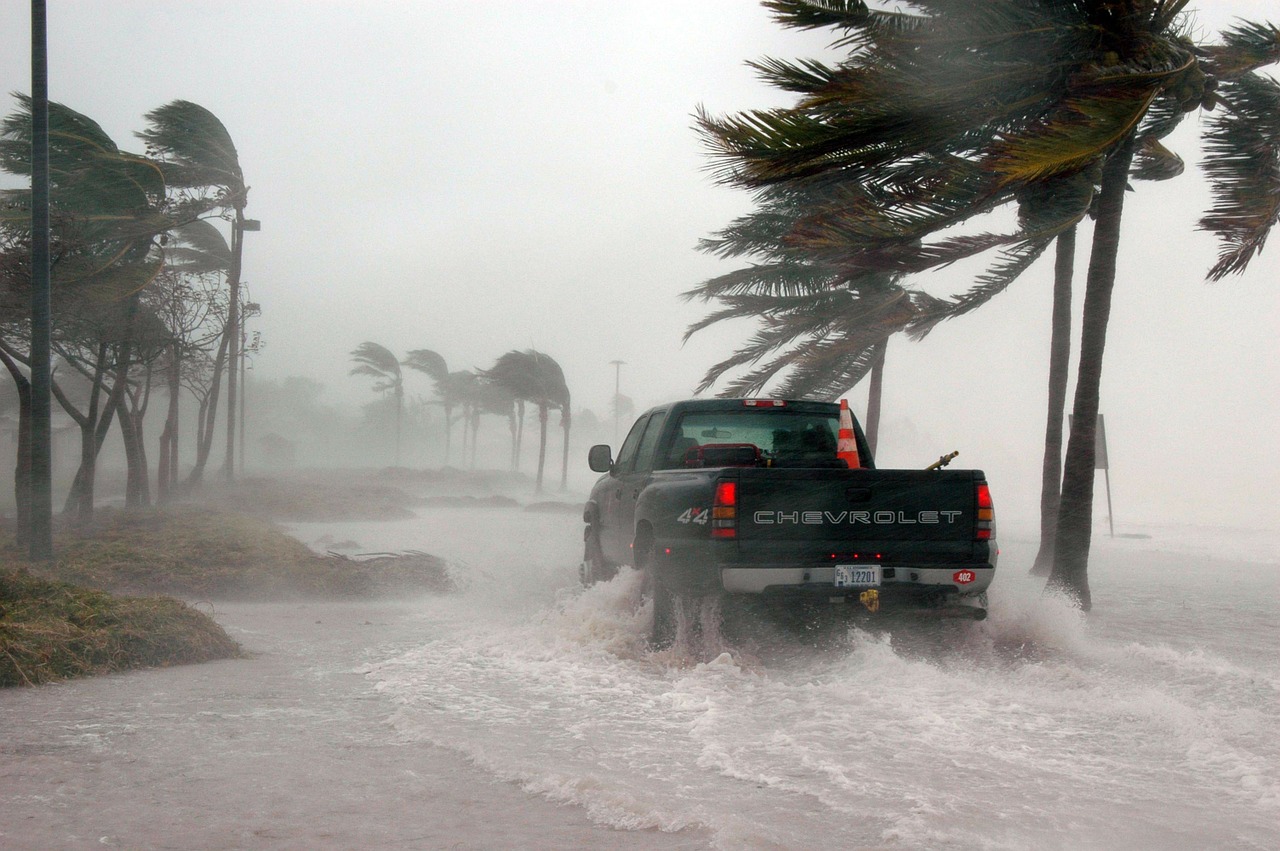 What to do in a flash flood

In the past several weeks, flash floods have been occurring a lot due to intense thunderstorms rolling across the country. This weather phenomena happens “when heavy rainfall exceeds the ability of the ground to absorb it,” which results in “rapid rises of water in a short amount of time” according to the National Severe Storms Laboratory (NSSL). Such a thing can happen without warning, especially in dry creeks and stream beds that don’t typically absorb much water anyway. Flash floods also occur when a river exceeds the amount of rainfall it can hold and overflows onto the banks or when a dam breaks. But whatever the cause may be, a flash flood can be deadly to those caught up in one and so here is what you should do.

When You’re On Foot

1) Get To High Ground Immediately

Regardless of where you are when a flash flood occurs, always get to higher ground to not get swept away by the water. Now when it comes to houses, don’t get into a closed attic or “You may get trapped by rising flood water” Safety.com says. The same goes for the roof, unless you have no other choice but to go up there.

Since water is conductive to electricity, it can be very dangerous when electrical equipment is submerged. Thus, it’s better to turn the electricity off in a house/building before a flash flood occurs to avoid getting electrocuted from standing in water or touching wet electronic equipment. Also, don’t go near power lines that are either broken or underground during a flash flood for the same reasons.

Though a puddle of water may not seem intimidating when you’re in a car, they can be hazards during flash floods. Because all it takes is “six inches of water” to stall a car, and only two feet to push a car off the road according to the American Safety Council driving school’s website. So it’s best to not go near areas where the flooding is worse.

If you happen to find yourself stuck in moving water during a flood inside a car or similar vehicle, don’t get out yet. This is especially the case if the water level is six inches, because that much water “can knock a person over” if it’s moving as stated by the American Safety Council. Even if you think you can make it, the odds are typically not in your favor.

When You’re in a Sinking Vehicle

On the chance you’re in a vehicle that’s sinking into water caused by a flash flood, the first thing to do is unbuckle your seatbelt. The same instructions should be given to other people in the vehicle, assuming there is more than one person inside. Now while this step is taken later for cars that plunge into rivers, it should be done quickly during a flash flood because of their swift nature.

Whether your car is partially submerged or already sunk, you should roll down the window of your vehicle to escape. That’s because car doors generally get stuck when the vehicle is submerged due to the enormous pressure of the water outside, as stated on Car From Japan’s website. So one should try to roll the window down either electronically or manually, and break it if these methods don’t work.

The final step to getting out of a sinking vehicle is to swim out, regardless if it’s fully submerged or not. One should always make sure to take a deep breath before swimming, especially when the vehicle is fully submerged. But while you’re waiting for the pressure to equalize, it’s a good idea to take “slow and calm breaths” American Safety Council advises since you’ll need to hold in enough air to make it to the surface of the water.

How To Be Better Prepared

In general, an evacuation order is meant to save people. Therefore, it shouldn’t be ignored. So if the authorities are telling people to evacuate because of a flash flood, you would be better off listening to them as disregarding such orders “can lead to injury or death” as stated by Ready.gov.

Hopefully, this advice should be helpful for anyone trapped in a flash flood. Though for the aftermath, contact attorney Rick Wagner for dealing with car damage and such.