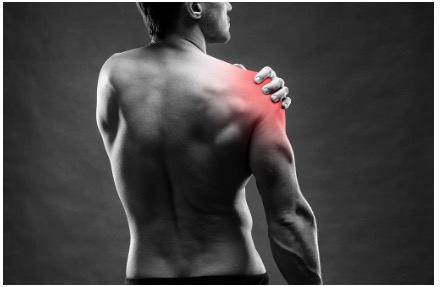 Posted on November 17, 2020 Author By Administrator

Pain Relief After an Accident

Also known as painkillers, analgesics are a type of drug that’s used, among other factors, for pain relief after an accident. How it’s done is by lowering the nervous system’s pain signals to the affected area, resulting in faster recovery. Thus, analgesics are similar to anesthetics since they’re both used for the same purpose and affect the nervous system in the same manner. What makes the two different is anesthetics make one feel numb and possibly lose consciousness, while analgesics don’t result in losing consciousness or feeling. Of course, there are various analgesic products that each have different levels of effectiveness and side-effects to consider before using them.

Found at many drugstores like Walgreens with cheap pricing, Bengay is a popular brand that offers various products such as gels and creams for topical pain relief after an accident or injury. Particularly, in the muscles and joints. So when Bengay cream is applied to these areas, it makes the skin “feel cool and then warm” according to WebMD. The main reason is that Bengay products are made from a compound known as Methyl salicylate, which is produced by the medicinal wintergreen plant. As a result, the sensations caused by the Bengay cream temporarily distract the person from feeling pain in the areas where the cream was applied. However, side-effects of Bengay products include redness and burning among others if one is allergic to the product or used while the skin is too hot/irritated.

Unlike Bengay, which is a brand of products, Capsaicin is the chemical component in chili peppers that creates their distinct spicy taste. Yet it can also serve as a form of pain relief in drug form, and is sold under brands like Capzasin that can be cheap depending on where they’re bought. Typically made in cream form, the application of Capsaicin will cause a burning sensation on the skin that relieves pain in areas such as the shoulders and back. But for those who have sensitive skin, this product might be too strong. Additionally, it might take at least two weeks of using Capsaicin regularly to notice the results.

Originating from China, the Tiger Balm company specializes in herbal pain relief products from ointments to rubs and patches. Though depending on the product, they can be used for different parts of the body including the joints, neck, and shoulders. But no matter where the Tiger Balm product is applied, it apparently offers relief that lasts for hours according to Healthline with cheap pricing on sites like Pureformulas. With that said, Tiger Balm products come with intensely strong odors due to ingredients like camphor and they can make one feel cold when the product is used over large areas of skin.

While many of these analgesic products are often used by athletes or those suffering from arthritis, they can be used to relief pain in general. This includes momentary aches or lingering ones caused by sudden incidents like car accidents. For legal help with the latter, contact attorney Rick Wagner.