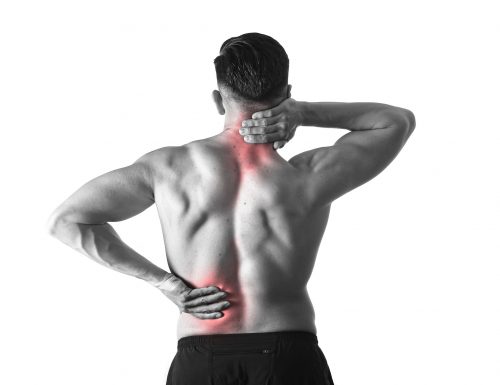 Common back injuries after a car accident

In the aftermath of a car accident, there’s a strong possibility that you may have sustained some kind of injury. Usually located in the back or neck, these kinds of injuries can be incredibly severe. Some injuries don’t even make themselves noticeable until several days after the accident happened. But if you can identify these injuries early on, it’ll be easier to get proper treatment for them. So here are the most common back injuries after a car accident.

Considered to be “one of the most common injuries caused by a car accident,” as stated on Integrity Spine & Orthopedics’ website, whiplash happens when the head gets jerked violently during a vehicular collision. The impact stretches the neck muscles intensely, even to the point of tearing in some cases, leading to symptoms such as tightness in the impacted area and fatigue. While whiplash is not as serious compared to other types of back injuries, it shouldn’t be ignored as it can lead to long-term effects such as chronic pain.

Much like whiplash, the soft tissue along the back can be damaged when the body is jerked around in an accident. This also causes tearing in the muscles and ligaments in the neck, which leads to significant pain in that area. Other symptoms include “blurry vision, stiffness…vertigo, nausea, headaches, and tingling” according to The Advocates law firm’s website.

Apart from muscle tears, car accidents can also cause fractures in the body. One such fracture occurs “when the bone along the spine collapses” as the back/head “sustains an extreme blow of force” from a car accident, thus creating a spinal compression fracture The Advocates says. This can result in excruciating pain due to the fragmented bone and nerves, which can make certain movements difficult such as walking and standing.

Collectively, the bones that make up the spine are called vertebrae. But when they slip out of place due to intense pressure from the force of an accident, this creates a condition known as spondylolisthesis. It ends up compressing the nerves and results in pain that can make walking difficult.  This is yet another of several painful common back injuries after a car accident.

Because the spine supports our other bones and is where our nerves branch out from, it can be very detrimental to our health if it gets damaged during a car accident. A common spinal injury is when the discs along our spine, which serve as shock absorbers, become herniated/ruptured due to absorbing too much force when a collision happens. Several issues can result from this including the disorder sciatica, which can cause “pain…along the sciatic nerve” that goes “from the spine to the feet” as claimed by The Advocates.

Compared to the other back injuries discussed in this article, spinal cord injury is arguably the worst. This happens when an extreme amount of pressure causes the spinal cord, which consists of millions of nerve fibers, to become “bruised, lacerated or damaged” Integrity Spine & Orthopedics states. Such an injury can cause permanent damage and even paralysis in the most extreme cases.

Once the accident has occurred, it’s strongly advised that one should call their doctor right away. They can identify the kind of injury you might have sustained, if there is one, and decide what kind of treatment is needed. Among the possible treatments one can get to deal with back injuries include home remedies like analgesics, physical therapy, and surgery depending on the severity of the injury. For dealing with the legal consequences of an accident, feel free to contact attorney Rick Wagner.