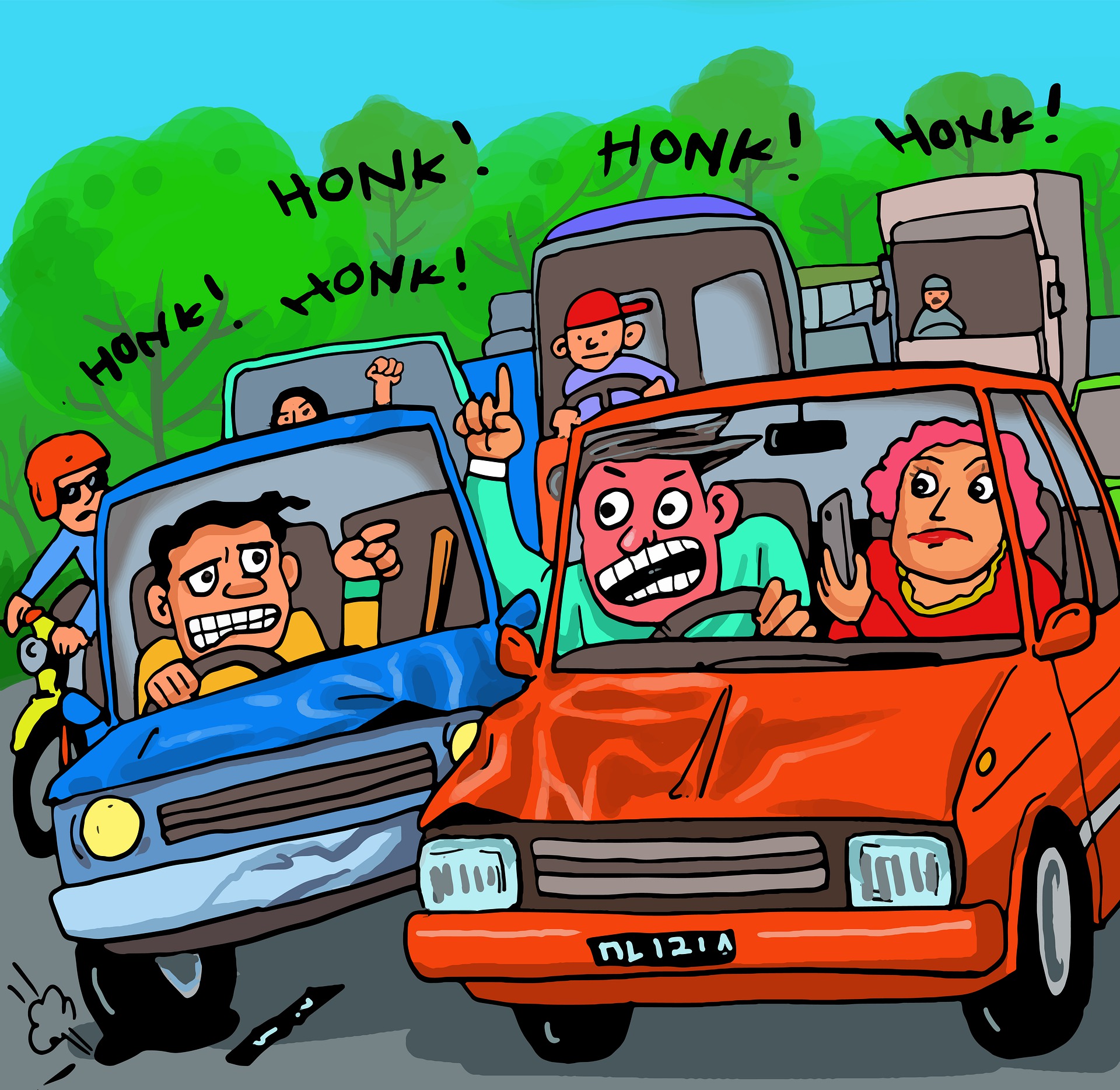 Posted on March 3, 2021 Author By Administrator

When on the road, it’s hard to predict what kinds of drivers you’ll encounter. Depending on their individual moods and personalities, they can be calm or aggressive. But we all can agree that an aggressive driver is not only a danger to other drivers but also to themselves. So how do you recognize an aggressive driver? Well, these are five common signs of road rage that can be seen in aggressive drivers based on their visual behavior and how they maneuver their vehicle.

This is considered “one of the most common responses to road rage” according to ePermitTest.com, which involves a vehicle driving faster than it should. Now such action is noticeable based on the type of road one is driving on and its speed limit. For instance, if traffic is moving slowly along a city street with a relatively low speed limit it can be easy to spot a vehicle that’s attempting to rush through. By contrast, it’s harder to notice the same thing on a highway where traffic is more free-flowing and the speed limit is higher. Nevertheless, this kind of behavior can put any driver at risk if they’re not paying attention.

Much like speeding, a vehicle that tries to weave through the lanes along a road is more noticeable when traffic is slow and/or the speed limit is relatively low. But whereas the typical driver attempts to alert drivers before they attempt to change lanes either through honking or verbal warning, the aggressive one ignores these common courtesies. Instead, they just go for it without letting their fellow drivers know in advance. So one must keep an eye out for such drivers as this can lead to accidents.

This is when a car is moving up and gets too close to the car in front of it. Normally, one should always keep a certain amount of space between the car in front and the one behind. That way, there’s less risk of accidentally bumping into someone’s car and causing damage. But if a car is tailgating, it will more likely lead to an accident. In addition, the driver who’s tailgating may honk at the car in front to move which makes the situation more problematic depending on the traffic situation.

Among the various driving rules, right-of-way is arguably the most important. Because whether you’re a driver or a pedestrian, there will arise situations where multiple vehicles or a vehicle and a pedestrian have to pass an intersection at the same time. While most people think they know how to handle such a situation, ePermitTest.com states “you only ever have right-of-way if that right is yielded to you by another road user”. In other words, a vehicle/pedestrian is only allowed to pass the other vehicle if the latter consents to it. But when an aggressive driver enters the picture, they either won’t consent to let the other vehicle/pedestrian pass or just steer their vehicle through an intersection without considering the other vehicles/pedestrians in the area.

Now this one does incorporate some of the other signs listed above, such as tailgating, but it’s more about how the driver behaves. Are they not only honking at the driver in front of them, but also shouting obscene words? These are things to look out for, and be especially prepared for. Because aggressive drivers like this are not only using their vehicles to intimidate others, but attacking them personally. One example of the former is ‘brake checking,’ where an aggressive driver will force another vehicle to stop by pulling their car deliberately in front of them.

How to Deal With It

When encountering an aggressive driver that shows one or more of the five road rage signs discussed in this article, what do you do about the situation? For starters, don’t take this into your own hands. In fact, AAA Senior Driving suggests that one should avoid conflict altogether by being “tolerant and forgiving”. Though if the situation does escalate to a dangerous level, call 911. But if any vehicle-related accidents should occur, contact attorney Rick Wagner.