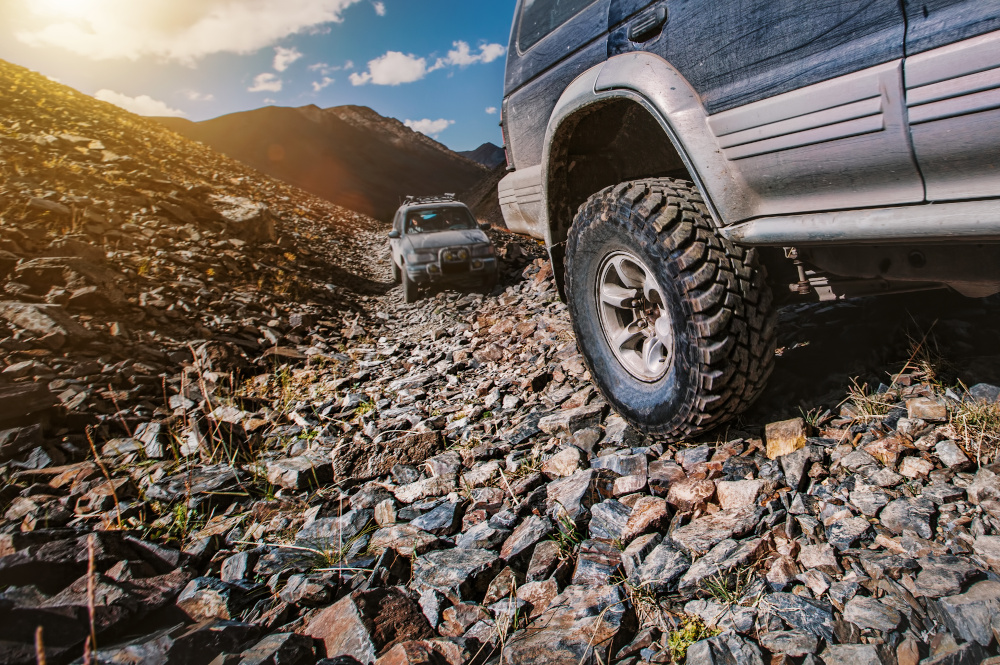 With the coming of spring, the weather is naturally going to start getting warmer. So when that happens, it’s a good time to consider outdoor activities like jeeping and off-road trekking in general. But where does one go? Luckily, Western Colorado has plenty of great jeep trails and they’re all within reasonable driving distance from their respective towns/cities. Though the ones we’ll be highlighting in this article are the jeep trails near places like Grand Junction, Montrose, Ridgway, Telluride, and Durango.

Surrounded by the Colorado National Monument, the Book Cliffs, and the Grand Mesa, the city of Grand Junction has no shortage when it comes to beautiful landscapes. Thus, it has plenty of options when it comes to jeep trails within the area. One of the most popular is the Billings Canyon Jeep Trail which lies in Bangs Canyon a few miles south of Grand Junction. With rocky trails and a great view of the Grand Valley, it’s a moderate drive worth taking for any 4×4 with tires that are “35’’ or bigger” according to gjhikes.com.

Like Grand Junction, the city of Montrose is surrounded by impressive landmarks such as the Uncompahgre Plateau and the San Juan Mountains. So naturally, there are many jeep trails to choose from. Though among the longest and most impressive ones landscape-wise is Rimrocker Trail, which starts in Montrose, Colorado, and goes all the way to Moab, Utah. From deep-red canyons to mountainous terrain, DrivingLine says Rimrocker Trail is a worthy trek on “stock high-clearance 4×4 vehicles with good tires”.

Between the expansive city of Montrose and the little mountain town of Ouray lies Ridgway. A small town that lies along two alternate routes over the San Juan Mountains, it is the perfect gateway to all kinds of jeep trails. For instance, one of the easiest trails to drive on is the mountainy Owl Creek Pass Road, which has “gentle dirt roads” as stated on the Ridgway Chamber of Commerce’s website. Though depending on the time of year, the Owl Creek Pass Road can be no less treacherous than the more difficult trails.

Nestled within the San Juan Mountains lies the town of Telluride, which is known for many things including film festivals and jeep trails galore. Among the highest trails is Imogene Pass, which “connects Ouray to Telluride” according to DrivingLine. For this reason, this trail is considered somewhat difficult. But if one is well-prepared, it is worth trekking on with amazing mountain views and historically old mines along the way.

With the San Juan Mountains on one side and the southwestern desert on the other, the city of Durango has a lot to offer land-wise. This includes jeep trails, with one favorite being Ophir Pass. Named after the mountain town of the same name, this trail goes from Durango all the way to Ophir with tree-covered mountains in view of curvy dirt roads. So while Ophir Pass is high altitude-wise, Durango’s website says it’s “one of the easiest…4-wheel drive roads” in the Southwestern Colorado area.